Speed, accuracy and reliability are the name of the game for Nick Forman 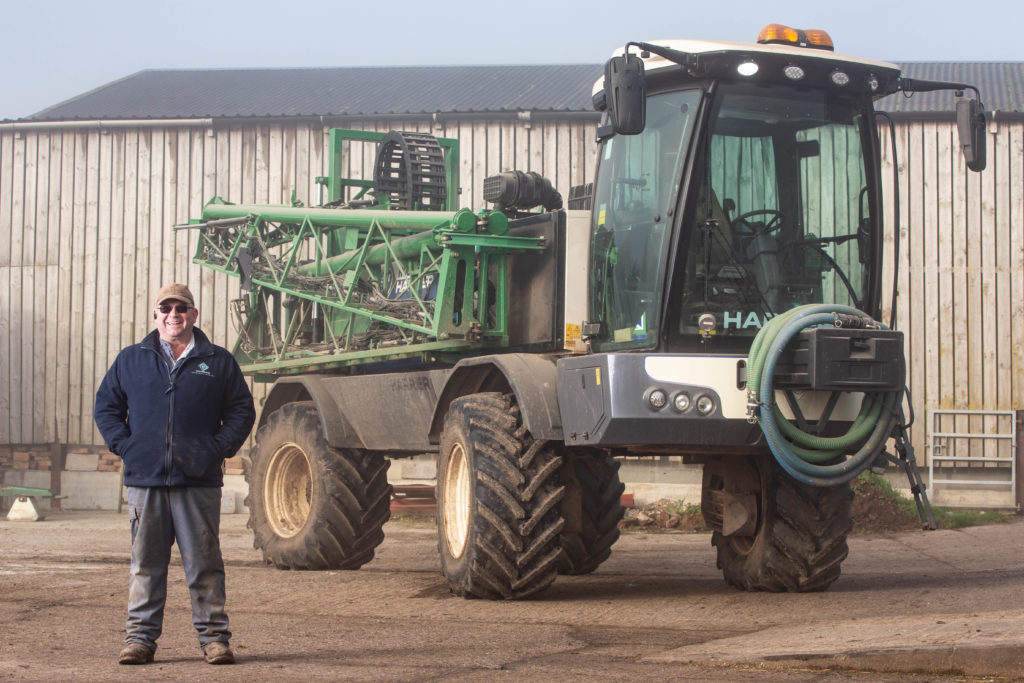 For Derbyshire-based arable farmer and spray contractor Nick Forman, the ability to cover ground quickly, both while spraying and when traveling by road, is paramount to his ability to make the most of favourable weather and ground conditions.

Nick farms 80 hectares of cereals and oilseed rape at Top Farm in Boylestone, South Derbyshire, from where he also runs his own spray contracting business, Forman Contracting.

With 15 core customers within a 20-mile radius, plus several other ad hoc clients, Forman Contracting sprays an average of 9,000 hectares per year, approximately 75% of which is put to cereals, with the remaining 25% predominantly grassland with maize and potatoes also thrown into the mix. In addition to the usual remit of fungicides, herbicides, pesticides and desiccants, Nick also applies liquid fertiliser to 1,500 hectares.

Nick’s first sprayer was a mounted unit which he purchased in the late 1990s. He subsequently upgraded to a used Sands self-propelled machine in the early 2000s, before purchasing his first new machine, a Househam Merlin, in 2004. Since then he has had a series of five Househams and is currently running a second-hand Spirit alongside a 12-month-old Harrier.

“With a busy customer workload to manage, as well as my own crops to look after, time is often my biggest limiting factor so I’m currently running two machines in parallel just to keep up with demand,” Nick explains. “And with extreme weather events becoming more frequent in the UK, and favourable conditions seemingly more elusive, the ability to make the most of each ‘spraying day’ is crucial to keeping my customers happy.”

To maximise his working capacity, Nick has upgraded his year-old Harrier’s boom from 28 to 32 metres. “When I ordered the sprayer in early 2018, I thought a 28m boom would be wide enough, especially as I was already upgrading from 24 metres,” he explains. “But while I was waiting for the sprayer to be built one of my customers took on some more ground. The 28m boom would have coped with the extra work, but the extended width gives me some extra capacity and breathing space to know I can get the job done quickly and efficiently.”

In order to keep on top of his workload, Nick needs to spray an average of 100 hectares per day during the busier parts of the year, with the actual amount of ground he can cover ranging from 40 to 180 hectares depending on the type of work being done, field size and local topography.

“For a while I considered going one step further and upgrading to a 36m boom,” Nick adds, “but that would have been too extreme for some of the ground I cover, especially as some of the fields I operate in are small, awkwardly shaped and often quite hilly.”

As well as the boom extension, Nick’s machine has also been fitted with a larger spray pump and wider diameter pipework which enable liquid fertilisers to be applied at up to 800 l/ha at 10 kph instead of at a more typical 4 or 5kph. It is also equipped with Househam’s upgraded ‘HITS’ gearbox which gives the sprayer a maximum road speed of 50kph.

“I spend as much as three to four hours of each spraying day travelling to and from customers’ yards, moving between fields or going backwards and forwards to re-fill the spray tank,” Nick describes. “That’s a significant chunk of time that I’m not actually spraying and a part of the job I wanted to improve. The ability to cover road miles at 50 kph makes a huge difference and makes a standard 40 kph gearbox feel painfully slow in comparison.”

The intelligent transmission system can also be programmed to automatically regulate forward speed. “For normal spraying conditions I set the working speed to 12.5 or 13 kph to maintain an accurate spray pattern and flick a switch at the end of each pass to automatically select a slower speed for headland turns. It’s a simple way of ensuring I’m always working at the optimum speed to ensure full crop coverage and allows the sprayer’s engine to run at the lowest possible revs for the work being carried out.”

The sprayer is also equipped with Househam’s individual nozzle control system which reduces chemical usage by up to 10% compared to a more basic section control system: “As a contractor I’m always conscious that I need to be totally accountable for the work I do on behalf of my customers,” Nick explains. “Not only does that mean being able to get the job done as quickly as possible before the weather turns, but also making sure the products I’m applying go on as accurately and efficiently as possible. The Harrier’s hands-free steering system, intelligent speed control, individual nozzle controllers and automatic boom height controller all enable me to work as accurately as possible without making the job too complicated or tiring. That in turn enables me to work longer hours when time is really against me and I can easily work for 12-15 hours a day, seven days a week without too much trouble.”

“With a long list of customers to keep happy, I can’t afford to be slow off the mark and need a machine which I know I can push to the limits,” Nick adds. “The wet conditions during autumn 2019 were a prime example of why it’s important for me to be able to make the most of even the shortest breaks in the weather. My customers all expect me to be have modern, well-maintained equipment which isn’t going to leave them in the lurch as a result of breakdowns or poor reliability. Everything about my Harrier is designed for speed, accuracy and efficiency, but it’s the knowledge that Househam’s support team is always on hand to quickly resolve any problems which gives me the confidence that I can keep my customers delighted.”